The Pomsky is an online community where Pomskies' human parents (owners) can list their beloved Pomskies to show them off to the world. It is also a place where potential Pomsky owners can go to view the gorgeous 'man's best friends' from across the globe and have a place to look for reputable and responsible Pomsky breeders.

Apart from being a place where you can look at Pomskies throughout the world, The Pomsky also has an integrated forum where Pomsky owners can access to discuss all Pomsky matters. As the Pomsky breed only started to gain serious attention since around 2013, there are not many precedents to understand older Pomskies and discover potential problems with this new mix.

Those (including breeders) who claim to know or have experiences with older Pomskies certainly possess false information and are misleading and deceitful.

Think of The Pomsky as an online playground for Pomskies, their human parents, and their breeders. This is a safe place for all Pomskies to meet each other and discuss the wellbeing of our beloved companions.

The Pomsky world awaits you!

Through the years of viewing Pomskies across the globe online, and also by having one, we have found that they are a unique mix. Not only because they are a cross between Siberian Huskies and a Pomeranians, but also because their genetic blend provides them with a wide variety of fur colours, textures and lengths yet continue to retain their wolf-like features.

More to see, less to read

The Pomsky was initially created as a single-page website for our Cody, one of the first and oldest Pomsky alive. From that initial idea, it grew to include the masses – to reach out to and provide all Pomsky owners with a dedicated page for their own Pomsky and they can show off their precious pooch(es) on that page. Basically, it's like a global list of Pomskies.

Cody was on Facebook from the day he came into our home. We referred to him as 'Cody, the Pomsky' on many platforms  – Facebook, Instagram, blogs and forums. Till this day, we realised that most Pomskies (especially on Instagram) on social media have their names  preceding the words 'the pomsky'. There is a growing number of Pomskies scattered throughout the world, and they do not have a community to belong. Recognising the pride of Pomsky owners, The Pomsky  will pay tribute to and show off the Pomskies in the world as we believe in strength by numbers.

All images and profiles of Pomkies throughout this site are lovingly provided by their human parents.

Facing the unknown back in 2011

No one knew. No one understood. The floodgate for Internet trolls opened.

It was a difficult time when Cody came into the world. A sweet puppy (one of seven) became a target for Internet trolls. Looking for information online for Pomskies came back with no results. No one knew if there was going to be any deformities or health issues with them. Taking on a Pomsky with no clue on any health precedents was like taking on a project without any research.

It all started with the picture of a Finnish Lapphund named Tequila, that was mistaken for a Pomsky. The picture went viral. The history of the Pomsky pretty much documented at Pomsky Central. I gave the author an interview making sure that the truth was told to debunk all the Pomsky myth out there.

Back in early 2011, I was kicked out and banned from the 'dogforum.com.au' forum because I mentioned that I had a Pomsky and they ridiculed the statement and told me that it was not real and that I was untruthful. Many shut me down and kept insisting that that the Finnish Lapphund was the real deal, the real Pomsky! The things they said in the forum can be nasty and any pet owner will be horrified and disgusted by it.

I decided to keep Cody out of this evil and let him live a good life without exposing him to Internet trolls. After many years, more Pomskies are born and breeders have surfaced, I felt that it is time that Cody should reach out to all his Pomsky-mates and we should form a community where all Pomskies can be featured in one spot and show the world that Pomskies are real, they are beautiful, and they make great companions!

A snapshot of the locations of Posmkies and breeders 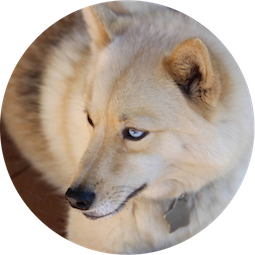 Inspired by one of the world's oldest Pomsky

The Pomsky was initially created as a single-page website for Cody but that idea quickly grew to provide all Pomsky owners with a listing and a dedicated page for their own Pomsky and build a forum with them in mind. Pomsky breeders also had a place in this growth – for them to have a place within this exclusive community.

Everything regarding Pomskies (of all ages, colours and personalities) can be found and shared on this website.


Looking for a gorgeous Pomsky puppy to enrich your


Getting any beach vibes today? Say hi to @shilohpo


How could you look away from this cutie? @kiarathe


That stare can be deadly... deadly adorable!!! Wel


This is @kenaithepomsky12 . Isn’t he a fluffy li


Pomskies comes in different sizes. This is @sofiet


@leo.kobe.thepomsky sets the example of how this (


Hi @kygothepomsky ! You are looking fabulous in wh


Yes, we agree that two is better than one! Hello @


Isn’t @ruby_the_pomsky pretty with that flower i